Apple announces it has sold 1 billion iPhones since 2007 launch 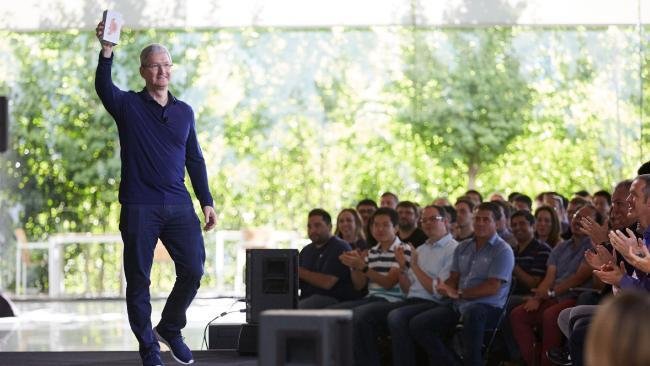 APPLE has reached a major milestone, announcing it has now sold its billionth iPhone.

The iPhone was released in 2007, and some including Microsoft’s CEO Steve Balmer dismissed it as a niche product.

“There’s no chance that the iPhone is going to get any significant market share,” Balmer said in a 2007 interview during which he, naturally, predicted enormous success for Windows phones.

The history of the growth of the iPhone shows the spread of the device around the world as new markets have joined the army of fan boys and girls.

It took seven years for Apple to hit the 500 millionth iPhone mark in March 2014 but within 12 months it had added another 200 million to that figure.

As successful as the iPhone is, it can’t match the success of the rival Android system which is used by many smartphone makers including Samsung. A recent analysis estimated there are 530 million active iPhones and about 1.4 billion active Android phones.

But to put the success of the iPhone in context, here are five other “billion” milestones:
• The Earth’s population reached the 1 billion mark in 1805.
• The first model T Ford rolled off the production line in 1908 and it wasn’t until 2010 that there were 1 billion cars on the road.

• It took 27 years, according to Gartner, for one billion personal computers to be shipped. It then took just five years for the second billion. Forrester Research calculated there were one billion PCs in use worldwide by the end of 2008.
• Disney Theme Parks welcomed their billionth guest 49 years after first opening
• On August 28 last year, Mark Zuckerberg announced that for the first time ever one billion people used Facebook in a single day.