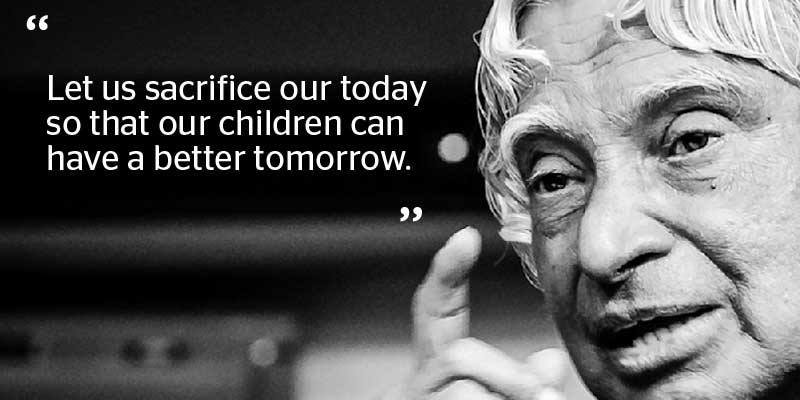 APJ Abdul Kalam, who was known as People’s President,  left the world on July 27, 2015 while addressing students at the Indian Institute of Management (IIM) in Shillong, Meghalaya. Even after a year of his demise, the former Indian President and the missile man of the country, is being remembered by people for his teachings and contributions to the society.

Indians observe the first death anniversary of Kalam on Wednesday, July 27, and the day will be commemorated on a grand scale at his birthplace in Rameswaram, Tamil Nadu. Kalam’s six-feet statue will be unveiled near his burial place at Pei Karumbu apart from laying a foundation stone for his memorial house. The event is expected to be attended by Defence Minister Manohar Parikkar and Union Minister Venkaiah Naidu, among many others.

Born in 1931 to Tamil Muslim parents in Rameswaram, Kalam, a scientist and professor, had also authored his autobiography “The Wings Of Fire” that inspired millions of people from around the world.

You have to dream before your dreams can come true.

The bird is powered by its own life and by its motivation.

There are a number of women who have brought about immense change in society.

To become ‘unique,’ the challenge is to fight the hardest battle which anyone can imagine until you reach your destination.

A teacher should have a creative mind.

Small aim is a crime, have great aim.

Poetry comes from the highest happiness or the deepest sorrow.

India should walk on her own shadow – we must have our own development model.

Life is a difficult game. You can win it only by retaining your birthright to be a person.

Great teachers emanate out of knowledge, passion and compassion.

No religion has mandated killing others as a requirement for its sustenance or promotion.

Creativity is the key to success in the future, and primary education is where teachers can bring creativity in children at that level.

The youth need to be enabled to become job generators from job seekers.