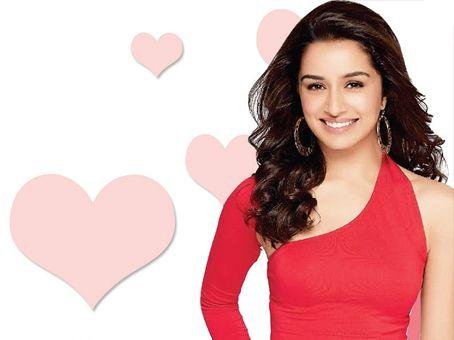 Shraddha’s struggle with success has finally paid off

Shraddha Kapoor is 26, fresh and funky – and by that our definition of funky is very different from the yellow ades her father, Shakti Kapoor, is seen sporting quite often. Shraddha has a sense of style that is approachable,and yet edgy and funky. Despite that image, the star with a peachesand- cream complexion confesses to be partial towards traditional outfits.

“I love the traditional look and have, over the years, learned to appreciate fusion in Indian wear. Two outfits that have mesmerised me with their overall look and design – a sari gifted by Sabyasachi which meant a lot and was stunning! And the blue sari I wore in ‘Aashiqui 2’. People started making duplicates of it and the jhumkas I wore, and tagged me on Instagram! It was crazy!” exclaimed Shraddha.

The lady has had an ideal debut opposite Ben Kingsley and Amitabh Bachchan in ‘Teen Patti’, but the only thing she ever got for being star-struck was the Filmfare ‘Best Debut’ nomination.

“Before ‘Teen Patti’ released, I auditioned for a really important film. I was dying to get it. I worked day and night and gave the audition my all. But I didn’t bag the part,” she confided. The film was Sanjay Leela Bhansali’s ‘My Friend Pinto’ opposite Prateik. After ‘Teen Patti’ released and tanked, Kalki replaced her in the film which was a real blow! “When I received the call about being replaced, I went to my mom and told her what had happened. After that I asked her to leave me alone. I went to my room and cried non-stop on my bed for three days,” admitted Shraddha. That’s when the young actress realised she had to do something about her life and career, as sitting at home wasn’t going to get her any work. She got into the groove, refusing trashy films and lucrative offers from the South, because she wanted to concentrate on Hindi cinema. In fact, a fairly well known director even called her up asking, “I’ve seen your first film; would you be interested in being part of an erotic thriller?” Says Shraddha, “I didn’t know how to refuse him and rather coyly told him, ‘I’m not going into that territory for now’.” Her second flick, ‘Luv Ka The End’, also didn’t exactly set the cash registers ringing.

“I would often wonder what it would feel like to be in a film that was successful. I wasn’t into depression or anything, but it did make me wonder how would it feel like to have people taking your pictures,” says Shraddha. Finally, her wishes were answered. In 2013, Kapoor found her breakthrough role in Mohit Suri’s romantic musical drama Aashiqui 2, the sequel to the 1990 film Aashiqui. She played a smalltown bar singer who becomes a successful playback artist with the help of a popular male singer (played by Aditya Roy Kapur). “After the success of the film, I felt the need to conquer a lot more. I am constantly working towards this and I will work harder. Nobody expected ‘Aashiqui 2′ to do well with two new faces, but it changed so many lives that Friday; mine, Mohit and Aditya, besides singers and composers,” Shraddha admits candidly.

For the actress, the success of ‘Aashiqui 2′ is like a “crazy phenomenon” The appreciation from all quarters was
overwhelming! “For me, actually be remembered as ‘Arohi’ was the biggest compliment. Even now people scream Arohi’… that is the effect of ‘Aashiqui 2′,” says Shraddha.

Shraddha next reunited with Suri for the thriller ‘Ek Villain’ in 2014, in which she also sang the song ‘Galliyan’. She also acted in Vishal Bhardwaj’s critically acclaimed drama ‘Haider’, playing a journalist named Arshia. “It feels immensely wonderful when people appreciate the patience and hard work that I had to put in during the making of ‘Haider’. It feels good when your efforts pay off and you get noticed. Being an actress was always my childhood dream and I’m glad I didn’t give up on it easily,” says Shraddha.

This young lady is not in a hurry to reach the top, but would rather do fresh roles that challenge her. “It is a conscious effort on my part to do different roles. I want to do something that people have not seen before… urprise everyone! I want variety in work,” explains Shraddha. “It (competition) is not scary; I know its there and can come my way by new, fresh faces that are around or are coming up. It pushes me to work hard. I know if I don’t, I will be left behind. So, I continue to work hard,” the actress added.

Currently, Kapoor is filming a sequel to the dance film ‘ABCD: Any Body Can Dance’ called ‘ABCD 2’, opposite Varun Dhawan, scheduled to release in June. She will also star as a singer in a sequel to the 2008 film ‘Rock On!!’ costarring Farhan Akhtar, Purab Kohli and Arjun Rampal.

The multi-tasker is also foraying into fashion and designing with her label, Imara, co-launched with Universal Sports biz. “The idea of designing my own collection has always fascinated me and my penchant for creating something trendy, contemporary, and a line that is an extension of my personality, is how Imara was born. It has been an extremely gratifying creative expedition and I worked with some of the best designers around the country, shared ideas and watched them work their magic in bringing my creations for Imara to life so beautifully. This is one of the greatest experiences I’ve had so far,” says Shraddha. The actress obviously has a lot on her plate, and a promising future in both, acting and fashion. It’s a great formula for success, so let’s wish her all the best!