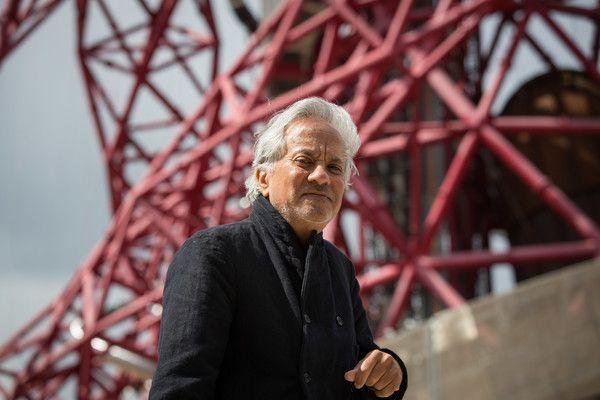 The 61-year-old London-based artist sounded reluctant about the idea of his 114-metre-high steel creation to mark the 2012 London Olympics being converted into a slide measuring 178m in length and 76m in height.

“The mayor foisted this on the project and there was a moment where I had to make a decision – do I go to battle with the mayor (Boris Johnson) or is there a more elegant or astute way through this,” he told reporters yesterday.

Mr Kapoor’s solution was to get well-known experimental artist Carston Holler on board to design the addition to his creation.

“I knew of Carsten’s work so I thought, well, who better than a fellow artist to join up with and make this a positive story rather than a negative… I thought it was the right thing to do. It’s one art work becoming part of another work,” Mr Kapoor said.

The sculpture in the Olympic Park in north London itself costs 19 million pounds, 16 million pounds of which was paid for by Lakshmi N Mittal’s steel company ArcelorMittal, and 3 million pounds by the UK government.

It was expected to attract thousands of tourists and bring in annual revenues of 1.2 million pounds from ticket sales.

It costs a steep 12 pounds for a ride to the top and visitor numbers did not match up to predictions. The structure was found to be losing as much as 10,000 pounds a week in 2014.

The new slide, which will cost 5 pounds over and above the 12 pound ticket for the top, opens to the public from June 24.

“We are hoping Boris will be the first one down and that this will still be Europe when he gets to the bottom,” Mr Kapoor said in reference to the June 23 in-out European Union referendum.

It is another matter on which he does not agree with the London mayor, who is a key voice for Brexit, while Mr Kapoor – a British citizen – is firmly in favour of the UK remaining in the EU.