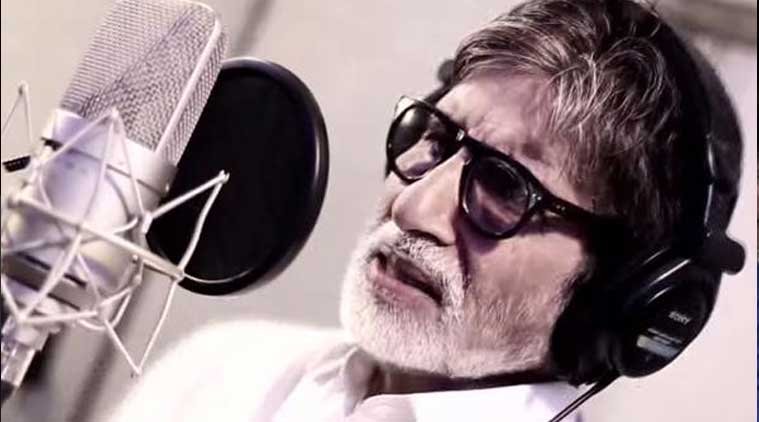 Bachchan is seen singing and dancing to the tunes of the music, which is out in Hindi and Marathi.

The tournament kick-starts from July 18.

The septuagenarian actor, whose son Abhishek owns Jaipur Pink Panthers, also wrote on his blog that he was asked by the broadcasters of the game to croon the promotional song.

“… Star that broadcasts the game asked me to get involved in its singing,” he wrote in his blog.

Big B, who is also known for lending voice for some chart busters, wrote, “The song is penned by Piyush Pandey the iconic Advertising Guru and dear friend … and it had been recorded as per the tune dictated by the channel.”

He said that he has improvised the song, which was on a slow side, and made it a bit racy.

“I felt though that it was a bit slow keeping in mind the pace of the game and so I composed a faster version,” he said.

As many as 60 matches will be played and each team will play two matches with every other team. Top four teams will advance to the semifinals to be played on August 21.

“We are delighted to partner with Mr. Amitabh Bachchan for the second season of Star Sports Pro Kabaddi, to help galvanize the sport across the nation,” Star India CEO Uday Shankar said.

“The idea was to combine the martial energy of the great India sport with the great Indian tradition of ‘Veer Ras,’ one of the nine emotions or ‘Navrasas’ of our culture. With a sense of fun and fire, that is how I wrote this song. Thereafter Bachchan took over. He composed the music, sang the song and created a legendary track,” Piyush said.

The matches will be played in Bengaluru, Delhi, Hyderabad, Jaipur, Kolkata, Mumbai, Patna and Pune.