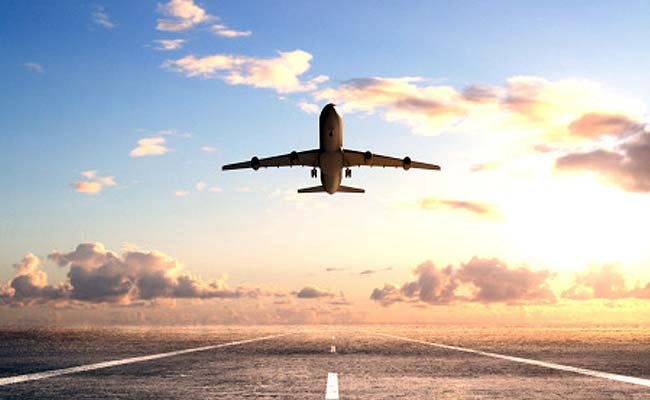 Lightson Ngashangva still remembers the long train journeys followed by interminable bus rides each summer when he went home from Delhi to his village in Manipur.

Now, when the 26-year-old biotechnology student visits his home, his nearly three-day long journey by train and bus has been reduced to a four-hour flight.

A fast-growing economy and an expanding middle class have made India the world’s fastest growing air travel market. The number of passengers grew 20 per cent last year and airlines are announcing flights to new destinations almost every week.

And yet, India’s airlines are in distress. Experts say the explosion in air travel over the past decade has happened despite major hurdles — in the form of high jet fuel prices, lack of aircraft maintenance infrastructure, choked airports working beyond their capacities and fierce fare wars that have put many carriers in the red.

The problems appear huge, but the size and potential of the market continue to draw new players. Several foreign airlines have also entered. Out of a population of more than 120 crore (1.2 billion), only around 7 crore fly on domestic routes a year — a quarter of the size of air travel in China, which has a similar population.

Air travel in India is “showing double digit growth and will continue to grow at double digits for the next 10 to 15 years,” said Kapil Kaul, regional head of the Centre for Asia Pacific Aviation.

Indigo, the country’s biggest and most profitable airline, ordered 250 new A320neo series aircraft from Airbus in August in an approximately Rs. 1,82,000 crore ($26.6 billion) deal. At the Dubai Airshow in November, US plane maker Boeing announced that Jet Airways had agreed to an Rs. 52,000 crore ($8 billion) deal to buy 75 Boeing 737 aircraft. Jet Airways, part-owned by Etihad Airways, will start taking delivery of the planes from mid-2018.

The purchases are in line with Boeing’s forecast released in August that it expects demand for 1,740 planes in India over the next 20 years, at an estimated price of Rs. 16,45,000 crore ($240 billion). Most of these planes will be for fleet expansion and the rest to replace older aircraft.

The industry’s rapid growth is helping the millions of people in India who need to travel long distances to the northeastern or southern states. Budget airline Indigo was the first private carrier to fly to the northeast, starting flights in 2006 to an area that was otherwise an epic train and bus journey.

“More and more airlines have started flights to my home town. Also, the competition between airlines means tickets are getting cheaper,” said Ngashangva.

Aviation experts say in the past, socialist-leaning politicians viewed air travel as a luxury and not as an enabler of business and economic growth. The luxury tag ensured punitive taxes on jet fuel, making it nearly 60% more expensive than in Singapore or Dubai, both home to busy international airports.

It is now predicted that India will be the third largest aviation market by 2020 — domestic passengers are expected to jump from the current 7 crore to 30 crore by 2022, and to 50 crore by 2027.

In an attempt to minimise the industry’s growing pains, the government in October announced a draft aviation policy.

It proposes the development of no-frills airports at more than 400 airstrips across the country. Some of the airstrips date back to British colonial days and have fallen into disuse and disrepair. The government announced it would spend up to Rs. 50 crore ($7.6 million) on each site to make it useable as an airport.

Some problems, however, remain. Aviation experts say the policy remains unclear on an existing condition imposed on airlines known as the “5/20 rule” where the government does not allow new airlines to fly internationally until they have completed five years of operation and have at least 20 aircraft.

The draft policy’s silence on the future of the much-subsidised national carrier, Air India, has also been disappointing, aviation experts said.

“The government’s ownership of the national carrier negatively influences policy decisions and has cost the tax payer $3 billion (approx. Rs. 205 crore) in recent years,” said Kaul, the aviation analyst. “Air India needs to be privatised, or at least be prepared for privatisation.”

As the airlines expand their operations, linking more second-tier cities, another major problem they face is the severe shortage of experienced pilots and technicians. As newer airlines entered the business, the hiring standards for pilots, including their hours of flying experience before taking command of an aircraft, were weakened.

A government crackdown on those issuing fake certificates and tighter scrutiny of airlines’ hiring practices has curbed the problem. But the shortage of pilots persists. Last week, more than 250 passengers of a Jet Airways flight to Toronto were stranded for about nine hours as no pilot was available after a technical fault held up the flight.

The shortage of pilots has also given them enormous power, leading to lack of discipline when it comes to flight schedules. Pilot unions often fight efforts by budget-strapped airlines to get them to work longer hours.

But even with its litany of possible pitfalls, flying is the compelling choice compared with lengthy ground travel.

“Above all, it’s the time saved,” said Lisa James, an interior decorator from Kerala.

Her twice-annual trips home by train from Delhi would take her nearly two days each way. “It was exhausting, apart from the two days that went in travel,” said James. “Now that my business is picking up, I can’t afford to spend time travelling. Flying just saves me so much time. And money.”