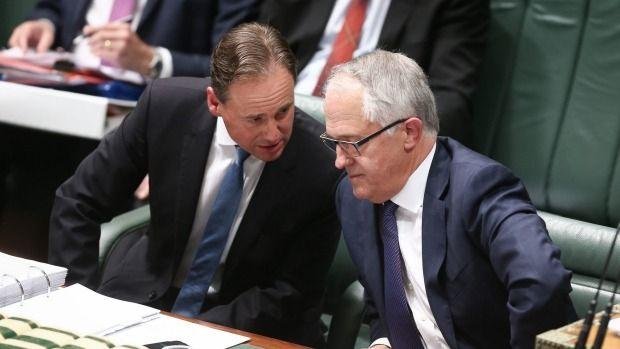 The nation’s largest coal mine has passed a significant hurdle after Environment Minister Greg Hunt approved it with “the strictest conditions in Australian history”, in a decision environment groups have declared “a disaster”.

Mr Hunt on Thursday said the Carmichael coal mine proposed by Indian mining giant Adani has been given the green light after the Federal Court in August set aside the previous approval.

The project, which will produce up to 60 million tonnes of coal for export a year, has faced staunch opposition because its Abbot Point terminals are located close to the Great Barrier Reef.

Opponents have already flagged an intention to launch a legal challenge to the latest approval.

The government decision clears a regulatory hurdle, yet there are still questions over how the $16 billion project will be financed. National Australia Bank has said it will not fund the mine and other banks are being pressured to follow suit.

The court previously said Mr Hunt had not properly considered advice about two threatened species – the yakka skink and the ornamental snake.

Mr Hunt on Thursday said his approval for the project, in the Galilee Basin in remote central Queensland, considered additional information provided by Adani and environmental groups.

The approval, which includes a rail line, would be “subject to 36 of the strictest conditions in Australian history”.

These include implementing all advice from an independent expert scientific committee and protecting and improving 31,000 hectares of southern black throated finch habitat.

The Department of the Environment will monitor the mine and Adani must provide a groundwater management and monitoring plan.

Federal Labor resources spokesman Gary Gray welcomed the decision and said the project was of “great importance to Queensland and to Australia”.

The Mackay Conservation Group launched its Federal Court challenge in January, alleging greenhouse gas emissions from the mine, vulnerable species and Adani’s environmental track record had not been taken into account.

Mr Hunt said the court set aside the mine’s earlier approval at the request of the government.

The case prompted the government to propose new laws that would prevent “vigilante” environment groups from challenging large developments in court.

“[Mr] Hunt is sacrificing threatened species … and precious ground water resources for the sake of a mine that simply does not stack up economically,” Ms Roberts said, adding the black throated finch would probably be pushed to extinction.

She said the conditions set by Mr Hunt did not adequately deal with the serious implications of the mine, which “can’t be offset”.

Greenpeace Australia Pacific campaigner Shani Tager said the mine would be “a complete disaster for the climate and the Great Barrier Reef”.

“This project means more dredging in the Great Barrier Reef, more ships through its waters and more carbon emissions,” she said.

Adani welcomed the decision, saying the initial legal hurdle was a “technicality” prompted by a mistake by the Department of the Environment.

In a statement, the company said it was always “confident in the soundness of the broader approvals, that the species involved had been protected by conditions, and that the technical error would be promptly rectified”.

“Today’s announcement … makes clear that these concerns have been addressed, reflected in rigorous and painstaking conditions,” it said.

The company intended to deliver mine, rail and port projects in Queensland creating 10,000 direct and indirect jobs, and $22 billion in taxes and royalties to be reinvested into community services, Adani said. The jobs figure has been disputed.

Lobby group GetUp! on Thursday said its members had already helped fund legal action against the mine, and the organisation was “exploring the legal opportunities available to us” in light of the latest decision.

“This coal mine is the dumbest, most dangerous and uneconomic development in Australia,” senior campaigner Sam Regester said.

“We are calling on GetUp! members and the community to stand up and fight this mine again. We’ve beaten it before and we can beat it again.”