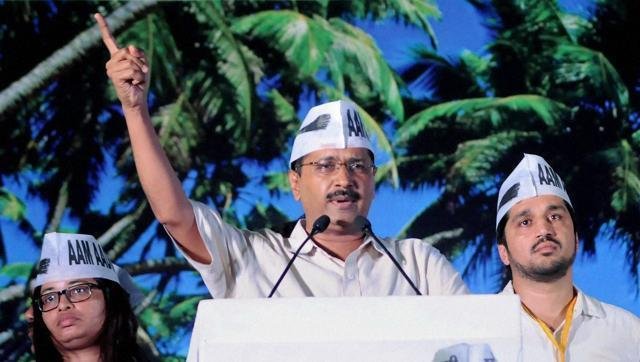 Delhi chief minister and Aam Aadmi Party (AAP) national convenor Arvind Kejriwal kicked off the party’s campaign for the Goa Assembly polls scheduled to be held in 2017 on Sunday.

Kejriwal took a dig at his political rivals during a public meeting in Panaji, saying he would not even spare his own children if they were found involved in illegalities.

“Tomorrow even if my child is involved in illegality, I will not spare him (and) take stringent action against him,” Kejriwal said.

Kejriwal recalled how the AAP government (in Delhi) had dismissed its own food minister from the Cabinet after he was caught demanding bribe.

In his 40-minute speech, Kejriwal touched on the issue of liquor baron Vijay Mallya’s debt to the banks and alleged that Congress had given Rs 9,000 crore subsidy to Mallya.

“We gave (electricity) subsidy of Rs 1,400 crore, which benefited 36 lakh families (in Delhi). But the Congress kept on criticising AAP government for the subsidy. We gave subsidy to help the common men, while Congress gave Rs 9,000 crore subsidy and that too for one person, Vijay Mallya,” he alleged.

Taking a dig at BJP, Kejriwal said, “When the party came to power (at the Centre) they allowed him (Mallya) to run away so that he is not caught.”

The Delhi chief minister further said his government has slashed down the power tariffs in Delhi to the second lowest as against highest in the country a year-and-half ago during Congress rule.