A new report from climate change scientists have predicted how Earth will look in 10,000 years 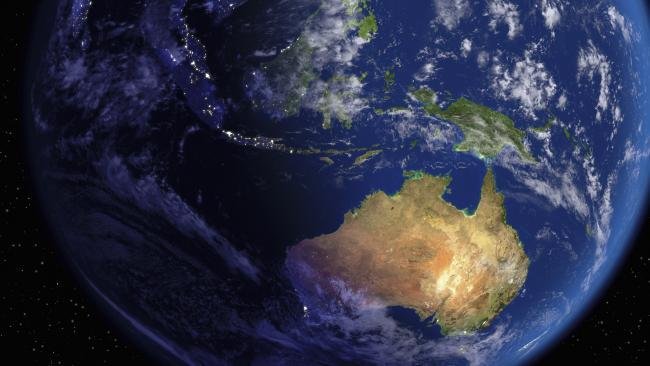 IN 10,000 years, Earth will drastically change with many coastal towns being submerged under water as a result of climate change.

This is what 22 climate scientists — including several key leaders responsible for major reports from the United Nations’ Intergovernmental Panel on Climate Change — have predicted in a new study.

Led by Oregon State University’s Peter Clark, the research argues Earth will be paying the cost for the next 10,000 years if humans don’t start making drastic changes.

“The next few decades offer a brief window of opportunity to minimise large-scale and potentially catastrophic climate change that will extend longer than the entire history of human civilisation thus far,” Mr Clark told the Washington Post.

Researchers claim current predictions of climate change were “originally driven by past computational capabilities” and should look past the year 2100.

Sea-level-rise expert and study author Anders Levermann said there needed to be a shift to ensure we are evaluating the long-term consequences of human emissions.

“In hundreds of years from now, people will look back and say, ‘Yeah, the sea level is rising; it will continue to rise; we live with a constant rise of sea level because of these people 200 years ago that used coal, and oil and gas’,” he said.

“If you just look at this, it’s stunning that we can make such a long-lasting impact that has the same magnitude as the ice ages.”

The study reported carbon dioxide as the key reason for this, claiming it lingers in the atmosphere for a substantial period of time before being removed by natural processes.

“A considerable fraction of the carbon emitted to date and in the next 100 years will remain in the atmosphere for tens to hundreds of thousands of years,” the report stated.

The paper warns that unless we develop technologies capable of removing carbon dioxide from the air on a massive scale, the outlook is not good.

“If we want to have some backstop technology to avoid this, we really ought to be putting a lot more money into carbon dioxide removal,” said co-author Raymond Pierrehumbert.

Based on our current emissions, the study predicts in 10,000 years humans would have emitted enough carbon emission to make the planet 7 degrees warmer on average and to cause sea levels to rise by 52m.

A number of local researchers told news.com.au if this study is accurate, the physical land structure of Australia will be changed, with many coastal cities becoming submerged as a result.

The new study correlates with a growing body of scientific analysis suggesting human alteration of the planet is responsible for a new geological epoch dubbed the “anthropocene”.