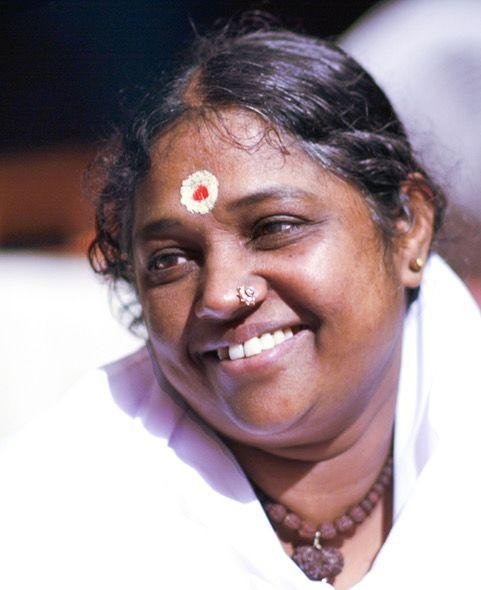 Through her extraordinary acts of love and self-sacrifice, Mata Amritanandamayi, or ‘Amma’ as she is more commonly known, has endeared herself to millions around the world.

As described by the Los Angeles Times: “Amma’s spiritual hugs and charitable works have helped her become what many consider to be a living saint.”

Tenderly embracing everyone who comes to her, holding them in her loving embrace, Amma shares her boundless love with all – regardless of their beliefs, their status or why they have come to her.

In this simple yet powerful way, Amma is transforming the lives of countless people, helping their hearts to blossom one embrace at a time. In the past 40+ years, Amma has physically hugged an estimated 37 million people from all parts of the world.

And now, it’s Australia’s turn… Amma will be here for a four stop East Coast tour of Australia in April 2019, visiting Melbourne, Sydney, Brisbane and Sunshine Coast for a series of free public programs and two retreats.

Amma last visited Australia in 2017, for a hugely successful East Coast tour. Thousands turned out to listen to Amma’s inspiring talks and to get in line for one of her amazing hugs.

Amma’s teachings are universal. Whenever she is asked about her religion, she replies “My religion is love.” For more information on Amma’s 2019 Australian tour, visit