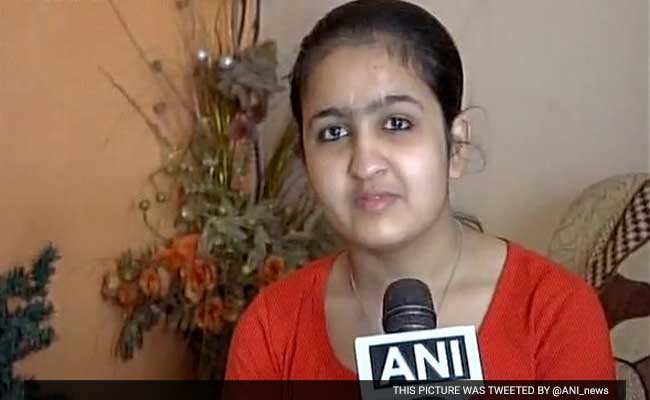 New Delhi:  A 15-year-old girl from Ludhiana, Jhanvi Behal, has taken social media by storm after challenging JNU students’ union president Kanhaiya Kumar – who trended worldwide for his speech after release from jail last week — for a debate.

Ms Behal, who was honoured during the Republic Day for her contribution to Swachh Bharat Abhiyan, has challenged Mr Kumar for a public debate on freedom of expression.

“He spoke against our PM Modi who has done so much for our country, given India global recognition, without taking leave he has only thought about the nation, he has always thought for the well-being of the nation,” the 15-year-old said, adding, “Kanhaiya should focus on doing his work like PM Modi instead of giving speeches.”

Her remarks trended on Twitter on Sunday, drawing thousands of comments.

The 15-year-old has been involved in social work since 2010 and had also received a letter of appreciation from PM Modi for her contribution to the Swachh Bharat Abhiyan.

After his release from judicial custody last week, Mr Kumar had returned to JNU and made a speech that had trended worldwide and drew strong political reactions.

Hitting out at PM Modi and his development mantra, Mr Kumar had said, “I come from a village where there are magic shows. People show magic tricks and sell rings that fulfill all wishes…We have some people like that in our country, who say black money will come back, sabka saath sabka vikas (development for all).”