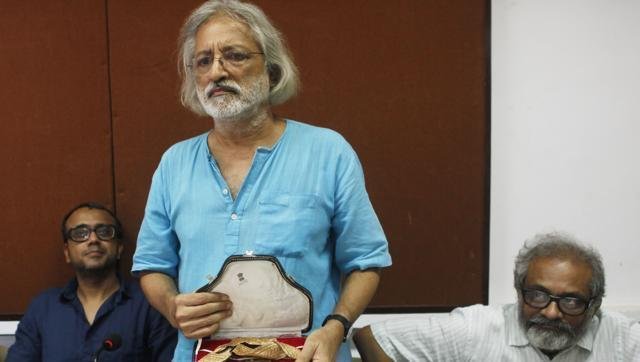 Twelve filmmakers, including Dibakar Banerjee and Anand Patwardhan, returned their national awards on Wednesday to protest “growing intolerance in the country” and to express solidarity with the FTII students.

The filmmakers’ decision mirrors that of a string of writers and poets who recently gave back awards to voice their disapproval of what they said was an environment of intolerance and gagging of dissent in the country.

The move came hours after the Film and Television Institute of India students, striking against the “political appointment” of Gajendra Chauhan as the chairman, called off their 139-day-old agitation. They, however, said peaceful demonstrations would continue.

“Our past glory is being cited as the reason for many acts and deeds today. I feel that glory must be spelled out. To me, that glory was an education system that encouraged questioning, argument, debate and a give and take of ideas,” Banerjee, honoured for the popular film Khosla Ka Ghosla, said, invoking the guru-shishya tradition.

Returning the award was not easy, he said. “… I’m here to draw attention of citizens of India, if they are listening, if they care, and if they think I am one of them and not a privileged outsider,” he said.

Claiming that the decision was not politically motivated, the filmmaker said, it was “motivated by my conscience… I am returning it to try and raise public attention.”

Patwardhar said he was “more afraid today than during the Emergency days, because now there are roving gangs looking to do violence against anyone who speaks out”.

“On one side is the secular path that our freedom fighters laid out for us. On the other hand, the path towards majoritarian fascism that the present regime seems bent upon. The early warning signs are unmistakable,” he said.

“It is the duty of all thinking citizens to speak out before it becomes too late.” Honoured for her 2014 documentary Gulaabi Gang, Nishtaa Jain said she was protesting “a fascist state in the making”.

She was also giving up the award in the memory of slain rationalists Narendra Dabholkar, Govind Pansare and MM Kalburgi, the FTII alumnus said, also mentioning Mohammed Ikhlaq killed on rumours of eating beef and the two Dalit children allegedly burnt alive by upper-caste men in Haryana.